Today I had hoped to show a video of Radium Maxwell and I doing a LIVE Video Sniff of the Neela Vermeire Creations. The universe has said that it should be shown at a later date, a unilateral decision on its part. 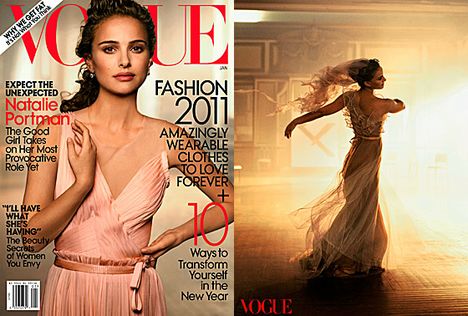 In its place I have for you a treat, Natalie Portman was the cover girl and did a pictorial piece photographed by Peter Lindbergh for the January 2011 edition of US Vogue. In this video she talks a little about the shoot, the fashion, her role in Black Swan and stuff. What is more interesting than what Natalie is saying is how she says it, very casual, natural and clearly she thinks about what she is saying, but not self consciously. I have watched this 2.30sec clip a few times and really like Natalie Portman playing herself.